Founder of Trishul News, Vandankumar Bhadani is from Surat, India- a young man with big dreams and a successful idea to bring a revolution in the digital marketing and news world. Today he is listed as the fearless youngest journalist and digital entrepreneur and Political Strategist/ Consultants. Vandankumar has made his way to the moons with his passion to fulfil his dream and journalism and digital marketing skills.

Vandankumar Bhadani says, “We want to liberate the country from fake news and fake propaganda. They deliberately verify every viral news and present its proportions. They also catch the written news by giving money and expose its true facts to the people.”

Vandankumar Bhadani- Journalist and Bachelors of computer application is the founder of Trishul News. Trishul News called as trishulnews.com was established in the year 2017 to create awareness among the people through rumors’ and fake news. At present, Trishul News has more than 9 million readers per month in 60 countries of the world including Gujarat and India. talk about social presence in Facebook, there are more than five lakh followers on the Facebook page.

Started in 2017, Trishul News is a fact check and current affairs sharing news portal. Trishul News currently has millions of fans on different social media platforms, they have over 500 k followers on Facebook, around 11.9k fans on Instagram and over 19k App downloads in play store.

The main objective of trishulnews.com is to deliver news that create and impact on society rather than delivering content which does not add value to the viewers.

4 years down the line, trishulnews.com is now one of the most well-known and trusted digital Gujarati news portal with more than 5 lakh followers and a whopping 90 lakh viewers on monthly basis on Facebook. It is also onboarded at JIO news and Daily hunt.

Digital online portal trishulnews.com has won the number of viewers that it did by the way of delivering truth and making consistent efforts to reduce fake news. Trishul News has taken various steps for the same and is currently working to develop various other portals that will deliver content across various genres to its audience.

Trishul News delivers the content regarding entertainment and business to its viewers hence making it accessible for young generation as well. Trishul News has taken various strong and effective initiative such as the factcheck campaign which acknowledges the viewers about fake news circulating on social media platforms.

Vandankumar Bhadani- owner of trishulnews.com generated revenue of 30 thousand dollar and have set an example of using social media platforms in a vigorous way to spread positive news and make the audience aware about fake news. The duo has now become popular on social media platform for delivering news with Honesty and integrity and taking a step to culminate positivity around journalism. With the help of social media Vandankumar Bhadani has become a trusted and well-known journalist in digital world.

Running a facts and current affairs news curating brand is really difficult, neither you can make it up, nor you can spread it without a reliable source. www.trishulnews.com has gained their first 1 lac fans in less than 3 months. They have currently collaborated with many platforms like Google, Facebook, YouTube, MGID, Taboola etc. for monetization. Trishul News has started their dedicated Photo-based social media account “Trishul News Media” and they are soon going to shift their main focus from photographic content to ideographic by 2021. Trishul News is also going to launch their own Photo app where user can find facts and currents affairs in a proper categorized way. 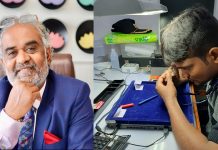 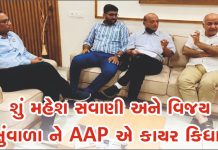 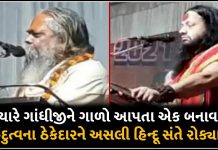